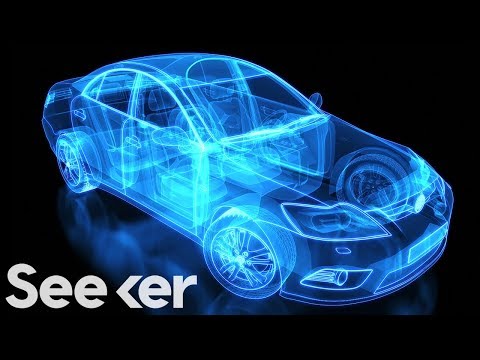 We were expecting hydrogen cars to take over the world years ago, but so far, we’ve got more Prius’s and Teslas. What happened to the fanfare for the car that runs on water, man? It’s been a while since we’ve heard anything about hydrogen cars, seemingly because the market wasn’t ready to look past it’s disadvantages yet. Back in 2014, we saw the very first commercial hydrogen fuel cell vehicle debut with the Toyota Mirai. It was a promising alternative, and cost about sixty thousand dollars to own. But the sticker price isn’t the only drawback for the average driver. The infrastructure for hydrogen cars just isn’t there yet. Fuel stations are still few and far between and the cost to build more is a challenge when very few are buying the cars in the first place Plus, competition is steep.

Why pay for a hydrogen car when you can get an all electric one for less. Saving money AND helping the environment. Ultimately, this is a classic chicken or the egg situation. Without infrastructure, the auto industry won’t push hydrogen-fuel cars. But without consumers asking for hydrogen vehicles, there’s less demand to build the infrastructure. It doesn’t help that building a new hydrogen distribution infrastructure, like the fueling stations and the hydrogen gas itself, is expensive and complicated. The most common way we get hydrogen gas is to separate it from natural gas, but that split still causes CO2 emissions.

8.And the alternative? Ideally we’d use electricity from solar and winds farms to split hydrogen from water, a process called electrolysis, but we don’t have the infrastructure for that either. Right now, we’d have to use the electricity that currently comes from power plants, where they still emit CO2. Both of our current processes defeat the purpose of this whole carbon-free endeavor and are, ultimately, another roadblock for the hydrogen car. On top of the infrastructure challenges, hydrogen fuel cells are costly and complex to make.

One fuel cell stack alone can cost Toyota up to eleven thousand dollars. The heart of a hydrogen fuel cell is composed of an anode and cathode, usually mixed with small particles of platinum, a thin material called the polymer electrolyte membrane, and a gas diffusion layer. Platinum is a special catalyst for chemical reactions in the fuel cell. When hydrogen is pumped through the anode side, the platinum separates the hydrogen into protons and electrons. Since the negatively charged electrons can’t transfer through the special membrane like the hydrogen ions, they get shuffled out through a circuit, and that flow of electrons creates an electrical current that powers the car (cool). The electrons then come around the other side, meet their hydrogen partners, throw a little oxygen into the mix and all that is expelled as H20. (even cooler). For their hydrogen car, Toyota stacks cells three hundred seventy layers thick in order to get the energy output they’re looking for. All these materials, especially the platinum, amount to a pretty penny, and that’s not even even including the materials used for the storage of hydrogen itself, which can also be super pricey.

But we’re getting better at this. Since 2014 fuels cells have become lighter, and the platinum catalysts are engineered more efficiently, which means they cost less. Scientists are working on electrolysis systems to make that carbon emission-free hydrogen we need AND there are initiatives globally to get hydrogen vehicles like taxis, buses, and trucks, on the roads. See for the average person, hydrogen cars might be impractical, but for long distance travel with large vehicles; they seem to be a great fit. Electric vehicles need multiple hours of charge time whereas hydrogen vehicles can be fueled within minutes and have a range of about 500 kilometers; more than fossil fuel and electric cars.

That might be the reason why Japan has ordered 100 hydrogen buses for the 2020 games, South Korea has commissioned 1,000 buses, and companies in the U.S. pre-ordered 11,000 commercial trucks. Infrastructure to build hydrogen fueling stations still has a long way to go. The California Fuel Cell Partnership has made it a goal to put 1,000 hydrogen gas stations in California by 2030. And Japan has similar ambitions. While they currently have 90 hydrogen fueling stations, the country aims to have 900 stations to service some 800,000 FCVs, buses and forklifts by 2030 So, hydrogen cars may not take over the world yet. Realistically, in the future there will probably be a split between electric, gas, and hydrogen cars. If the industry succeeds, maybe we can make a bigger difference in our carbon footprint and could possibly maybe sort of help us live here past 2100. Which is something I would like. Like more science in your day? Subscribe! And Hydrogen fuel isn’t the only way we want to power our public transit, Julian explains how supercapacitors are being in used in buses too, check it out here.

Fun Fact: The first hydrogen fuel cell ever invented was actually in 1839 by Sir William Robert Grove, but that one didn’t produce enough energy to be useful. Thanks for watching everyone and see you next time on Seeker. .